Nick The Hat. Based on a true story. 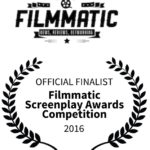 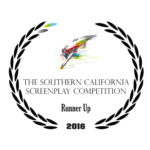 “The world you created in ‘Nick The Hat’, is a very real, raw and vivid one, with characters who are vibrant, interesting and layered. An engaging story it is.” — Theo Davies – Founder, The Southern California Screenplay Competition.

LOG LINE:  A blue-collar family man snaps after a brutal attack at the hands of aurthorities, loses faith in the system and quickly rises in the ranks of Brooklyn’s criminal underworld while he slowly looses his mind.

(Warning Explicit Material) Where and When?

SERIES INSPIRATION: Nick the Hat was the real-life father of series creator Michael Perri. An electrician who in 1975 while working on a building, when a group of 200 construction workers turned up for a jurisdictional dispute with another union that suddenly maylayed into a massive riot. Nick was mistakenly beaten by five policemen with their nightsticks.

This was way before Rodney King, only he wasn’t a black a man, he was a dad, a human, an electrician living the American dream. He made one mistake that day, he was wearing the wrong clothing to work. What else did a  shirt  mean at the time? To the authorities it meant he was a hippy, he wasn’t a human.  He was judged, profiled, targeted, rounded up and beaten but it was different time, I wanted to say, but not much has changed. The beating was so bad Nick was diagnosed with epilepsy and who knows what else. The fallout from something like that? Imagine capturing something like that or even part of it.

“I found out my child hood home was bugged, my old man managed to tap every room and every phone on every floor. It’s really cleaver how he engineered it. The amount of tapes I found, just imagine what  12,000 audio tapes looks like? – it’s a 10 – 15 year span, its an odd  treasure trove for me, its bitter sweet. These cassettes blew my mind and helped me come full circle, if that makes any sense” – Michael Perri

My aunt would always say, “I wish you knew your father, you don’t know your father, they beat him so bad that day, I lost my brother that day!”

Eventually the line blurred for Nick and he came to distrust everyone and everything.  He started leading a double life, doing nefarious deeds while he obsessively recorded his friends and enemies alike surmising to always be one step ahead.

The episodes are inspired by the thousands of hours of the actual cassette recordings transporting you to this world.  It’s a leaderless time, there is a Mafia power vacuum open for grabs and the city is struggling with its daily exigencies.  This pilot is the start of all of that. Each episode will start with a thematically appropriate sound byte from the recordings.

If you have any input, notes or feedback please contact me.

Thanks for the consideration.